Goings on while I was gone (part 2) 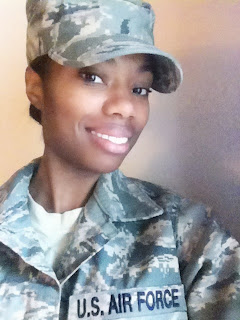 Did you miss yesterday’s post? Check it out here.

I am a bit of stickler when it comes to our dinners. Its the time of day when we all get to sit down, talk about every that went on in the past 12 hours, and be with one another. Even if I wasn’t going to be home, I wanted my family to still have this interaction. So, a few months before I was shipped out, I devised a plan.

I knew if I left dinner up to my Husband, we’d be in trouble. He’s good at cooking about 2 meals, but there was no way they could eat spaghetti and salmon cakes every single night. I decided that batch and freezer cooking would be my allies. Instead of dedicating a whole day(or two or three) to cooking these meals, I decided to just double meals that we were already eating the months prior to me leaving. Each extra meal was placed in plastic wrap, foil or a resealable plastic bag. I made sure to make meals that could be easily nuked in the microwave, or put on the stove to warm up if he had time for that. I also made sure to write what side dish went with each meal, whether it was whole wheat pasta, potatoes, or brown rice. Right before I left, there were 40 meals in the freezer. They really only needed about 4 meals per week(friday is pizza night and the other 2 nights the kids would be staying overnight at my Parents’ house). I also knew that no matter how easy I made it, the Husband would end up ordering out at least a few times. I mean, I even do it and I have him for help some days. We all get fizzled out from time to time and I knew it would happen to him too. Because of this, by the time I returned, they had just finished the last meal in the freezer.

Because we could only fit so many bags of frozen veggies in the freezer, and because I couldn’t really stock up on bread, I had to create weekly grocery lists for my Husband. The lists were simple, and usually had the same items on them. Bread, eggs, milk, frozen veggies, and whatever fresh fruit was on sale that week. I was so simple that he said he was able to take care of the grocery shopping on a Saturday morning with both kids in tow!  I ended up not bugging the hell out of him every phone call asking him too much about meals and whatnot because of this plan. I knew the meals were nutritious and that everyone enjoyed them because they were already meals that we had months prior. It was a win-win.

Even with all of that taken care of, I hoped that my family would be able to have some fun experiences to take their mind off of me being where I was. Luckily, a few extended family members took care of that for me.