There’s a Super Power in Every Child 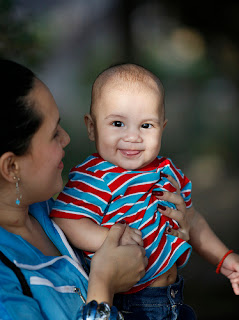 There’s super power in every child. They can jump buildings wearing a cape made from a towel. They can smile big toothless smiles and coo the loudest coos, on only 4 hours of sleep. They can scream at the top of their lungs and never get hoarse. They can run all day and never wind down enough for bed. There are big heroes inside those little bodies.


We love them dearly, and little did we know, all of that love and adoration increases their power. Each child grows up to believe they can do anything, whether it’s becoming a world leader or winning a gold medal in the Olympics. They believe in their powers and it’s our love that cultivates them. Dreams turn to reality in the blink of a child’s eye. But, what if those dreams never come to fruition? What if our little superhero’s weakness is something that we can easily prevent? Would you do it?


Lack of Vaccinations have become the equivalent of Kryptonite. 1in 5 children die from a disease that could have been prevented with a simple vaccine. Of the 67 countries defined as having high child mortality rates, only 10 are currently on track to meet the Millennium Development Goal of reducing the under-five child mortality rate by two-thirds between 1990 and 2015. We are not moving fast enough to save our superheros. Day after day, the next gold medalist, Prime Minister, and chart-topping singer are being taken from us, due to something as simple as the measles. That eight month old will never grow up to jump in rain puddles; that 2 year old will never grow up to play soccer with their friends. They’ll never get to sprout a dream, and we’ll never see it flourish.


Shot at Life is determined to change that, and change the world one healthy kid at a time. We can save a child every 20 seconds. All it takes is commitment and a dream.