A few weeks ago, I was lucky enough to get an email from an up-and-coming winery. Their claim to fame? That they offer a quality wine at an inexpensive price. Now you know that declaration got my attention. I decided, for the sake of you, my beautiful readers, I’d take one for the team and give them a shot. I mean, it’s the least I could do, right? 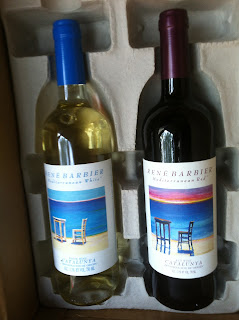 Rene Barbier Mediterranean Wines “are affordable, simple, eminently drinkable wines that are renowned worldwide for their fresh, clean flavors and their easy-drinking style.” As I continued to read through the press release, I gathered that the wines are mainly produced on the shore of Spain, about 20 miles from Barcelona. A frugal Spanish wine? Do tell. The wine is produced in the same region as cava, the worldly popular sparkling wine of Spain. Due to the popularity of cava, lots of money has been given to other proprietors of the region, thus making Rene Barbier an abundant, and also inexpensive wine, to sell worldwide. 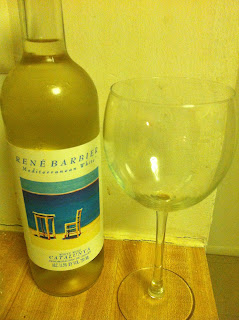 Rene Barbier sent one white wine and one red wine. The Husband and I decided to pair the white wine with my Chicken Adobo. It was light and crisp and due to the pairing of that particular chicken dish with it, I was able to really taste the citrus and pineapple in the wine. We did find that letting it breathe for about 10 minutes really bought out the great taste of it. Usually with whites, we don’t really need to let it breathe, but we found out that this is a must for the Rene Barbier wine.

The red wine was taken with us to a party where we knew the hosts would be serving grilled steaks, chicken, seafood and vegetables.  I’m not a big red drinker so I was indifferent about that particular one, but my friends seemed to enjoy it. Again, it’s suggested that you let the wine breathe.  We had some white wine left over, so it was placed in the fridge until about 3 or 4 days later when I wanted a glass. I had noticed that the taste had changed, so I suggest that you drink it within a day or two after opening, if possible.

For 6.00 a bottle, I think Rene Barbier wines are a great buy, especially for a summer gathering. Because the price is right and the taste are friendly to most palettes, they would be a good addition to your Labor Day barbecues. And? They are Spanish wines so you know what that means: perfect for Sangria!