How to Discuss Slavery with your Kids

During Black History Month, we reflect on the lessons and discussions we’ve had with our kids. Have we hit on all of the Black inventors? How about the Civil Rights activists? But, the one conversation that seems to take the back burner every year is how to discuss slavery with your kids. 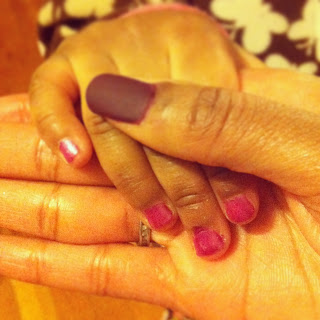 While talking with online friends Dresden and A’Driane, we all agreed on how difficult it is to explain this crime on the human race to our young children. With my son, we’d talked to him in detail about it years before, but I was struggling with expanding the story since he’s of an age where details are important. After thinking long and hard about this, I’ve come up with some ways that you, as a responsible parent, can discuss slavery with your kids.

Expand the “Stranger Danger” Discussion
If you child is old enough to understand the idea of “stranger danger,” than they’re old enough to understand the basic concept of slavery. In the most simple terms, you can compare slavery and the Middle Passage to being approached and taken by a stranger, away from your home and family, to a new and strange place. Now, this in no way tells the whole story of this important part of African American history, but it gets the conversation started and puts them in the mind set of understanding the trivial parts.

The Work and Well-being of Slaves
We all know that slaves were viewed as sub-human savages, forced to work against their will, and beaten if they objected, but these lessons are too harsh to explain to a young child. One way A’Driane opened up the dialogue with her oldest son was by explaining that Slaves were forced to do very hard jobs, all day every day, without being paid. Children of most ages understand the idea of working for money, for shelter, etc, so the idea of forcing someone to work without some type of monetary compensation will be easy to relay to them. Once they understand that idea and want you to elaborate on it, a solid and informative dialogue can begin.

For Older Children, Analyze Present Day Slavery
When it comes to my son, he’s been taught the full lesson of slavery, parts of the Civil War and we’ve even touched on The Restoration. This year, my struggle was continuing the conversation. I’d decided to discuss with him the crime of Human Trafficking as an example of how slavery is still going on today. We’ve only touched on the topic, but he’s intrigued enough to want to learn more about it, which sets us up for discussions the rest of the year, as well as February of next year.

Use books
This might be the easiest way to open a dialogue with your children without bombarding them with too much information. Fortunately for us, there are quite a few books that are geared towards explaining slavery to children.  Now Let Me Fly: The Story of a Slave Family (Aladdin Picture Books)

is a great book that’s an easy read for children ages 4 and up. It follows a woman who was taken from Africa and ends up raising her own family on a plantation in America. It’s full of pictures so this a great beginning to your child’s journey towards learning about slavery.

If You Lived When There Was Slavery In America

is part of the very informative “If You Lived” History series that we used in grade school and is now peppered in all the the greatest libraries. The best part of this book is that they address lots of questions that children might bring up, so it ends up being a reference book for both kids and their parents.

While this in no way fully explains how deep you can get when you discuss slavery with your kids, I hope that it helped you in some way. If you’ve created ways to explain Slavery to your children, or children you know, please share with us in the comments below.