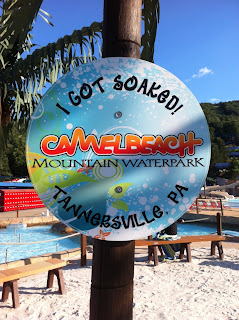 We have been on a mission this summer to hit up every local playground, fun space and “Staycation” spot in our area. One of our staple staycation spots is CamelBeach in Tannersville, PA. Camelbeach is the water park section of CamelBack Ski Mountain in Pennsylvania’s Pocono Mountains and it’s our favorite place for water play. 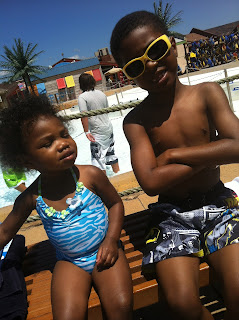 The brochure says its best: “Bigger Than You Think.” From the outside, you may think that this place is pretty small, and from the ticket price, you start to think that it can’t be as large as the more popular water parks. Wrong. Camelbeach has over 37 rides, slides and attractions, and we tackled them all. On our adventure, we had my Mom, Dad, 16 year old sister, and a friend of the family with her twin nieces. Our gang was determined to conquer it all.

We started the day at the Camel Cove, where the splash bucket and the Blue Nile lazy river were located. Duchess had a blast there and dragged my Husband all over the cove, while I decided to get in a nap and a tan. My sister had a self-challenge to get on every slide possible, and my son was a intent to tag along. They also grabbed the twins later in the day, and they took on the Checkered Flag Challenge, The Sandstorm and the Titan. My Dad joined us at the park later in the day and took my sister surfing at the Flow Rider. 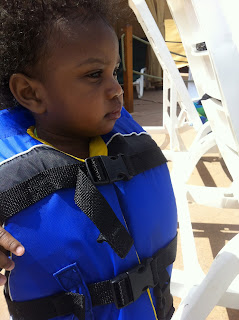 Lastly, we all migrated to the Kahuna Lagoon wave pool, where my daredevil daughter tried to swim for the first time. She’s such a maniac, that after being in the wave pool for a mere 5 minutes, she asked repeatedly to take off her life jacket. Uh, no kid. You’re not even 2 yet. The lifeguards were adamant about the kids wearing life jackets in the pools and we’re so grateful that they were  attentive. Camelbeach is not only beautiful but intent on safety!

To save some dough we took advantage of their “Four 4 Fun” deal: buy 4 tickets for only 99.99. Since the Duchess was under 2, she got in free. My Dad had to pay for his ticket since he met up with us later, but he used their military discount and ended up only paying 25.99.  To save even more, we rented one of their picnic tables in the designated picnic area for only 10 bucks. I made subs at home, bought in bags of chips, fruit snacks, and frozen water bottles. As a treat for the end of the day, we did grab a few funnel cakes from one of their restaurants. 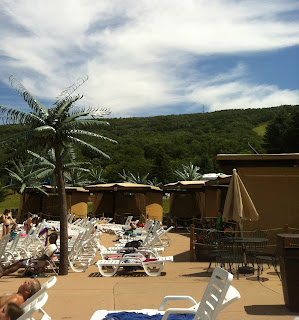 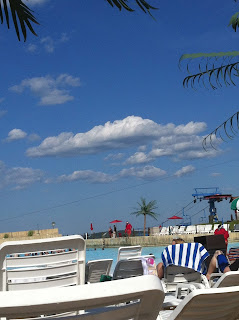 Did we get to conquer it all? No way. There were an ample amount of attractions and even with our big crew, we left a few behind and called it a day. But we all agreed; we’d be back again this summer. And next time? We’re getting a cabana!