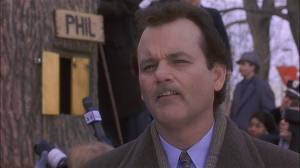 It’s that time again. It’s Groundhog Day. That little varmint will be poking his head out today and telling us if we get to have an early spring, or long winter, through the sight of his shadow. But whenever this little holiday rolls around, all I can think of is Bill Murray. Good old Bill, who made me laugh out loud in one of my favorite movies to watch over and over again (and over and over again), Groundhog Day. This got me thinking: if I had to pick them, what would my favorite Bill Murray films be? Well, because it’s a holiday, I decided to share them with you, in no particular order.

Ghostbusters 1 and 2
Yes, you have to list them together! I’m sure there is one that you like better than the other, but like a true ghostbusters fan, you’ll never tell, right? I agree. I love them both and can’t list them separately. Bill’s role as Peter Venkman is hilarious with a tinge of dry humor and smugness. He’s egotistical, he’s a little zany and he’s a scientist. The best combination. 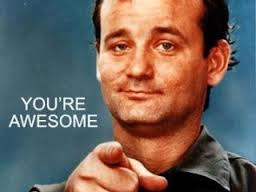 Stripes
This may be the military gal in me, but I just puffy heart this movie. This gives us Bill at his SNL best. He still has that young “Live from New York” vibe to him, and seeing him in a military setting is just screams comedic gold. It’s also to great to see him in and early role with his ghostbusters buddy, Ivan Reitman.

Caddyshack
Where do you start with this one? Anyone who loves comedies, especially comedies from the 80s, has a special place in their heart for this movie. Bill’s role as the persistent greenskeeper Carl Spackler makes me snort laugh every time I watch it. This was yet another movie early in Bills film career so it had an essence of SNL to it and I also appreciate that Carl helped me understand that a Caddy is a looper…and a looper is a Caddy. Thanks Bill. 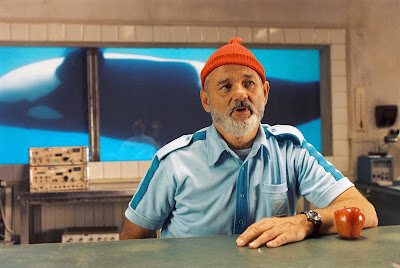 The Life Aquatic with Steve Zissou
My love for Wes Anderson movies is vast and wide, so when I found out that Bill Murray would be the main character in one of his movies, I got very giddy. Unfortunately, the theaters near me didn’t have screenings of it, so I had to wait for it to be released on DVD. It was so worth the wait. Bill had a slightly funny, slightly serious role in this movie about a popular oceanologist past his prime. I loved the interaction between Anjelica Huston and Bill, and Owen Wilson’s role was endearing and lovable. Oh man, now I want to watch it again.

Kingpin
This raunchy, ridiculous, and fantastic movie made me hate and love Bill all at the same time. A comedy based around the seedy underbelly of professional bowling was meant to be made. The rat bastard Ernie McCracken steals the show and does everyone dirty, and Bill does a great job of portraying that. Gotta love him. 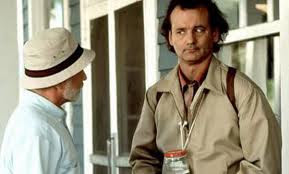 What about Bob?
Wouldn’t you love to drive your therapist insane? I mean, if you had one, and always felt that they made YOU feel nutty just speaking with them. Wouldn’t it be great to turn them into the lunatic? This is why I love this movie. Bill is the giant gnat that never gives up and the movie makes me wince and laugh all at once.

Lost in Translation
I know that this isn’t a very popular Bill Murray pick but I absolutely loved him in this role. We got to see him in a vulnerable state, as a washed up actor trying to figure out what he really wanted out of life. The relationship between his character and Scarlett Johansson’s character always makes me smile, and admittedly, a little confused. I thought Bill was brilliant in this. Just brilliant. 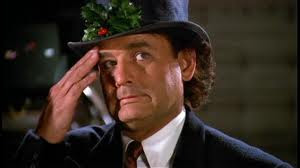 Scrooged
When Christmas rolls around, there are 2 movies I MUST watch. Elf and Scrooged. It just isn’t Christmas without them! I loved this twist on the classic story, and even with all of the comedy, the ending is still uplifting and delightful. And it ends with a song about putting a little love in your heart. Perfect for the holidays!

Groundhog Day
I have to list this for obvious reasons. The reason being that today is Groundhog Day and the other reason being that it’s necessary to watch if you want to continue with life. I mean it. If you haven’t seen this, watch it all day on Groundhog Day. Back to back with no breaks. Do it! I do love the message in this movie of living in the moment and paying attention to the privilege of enjoying a new day everyday.

So, let’s have a sound off! What’s your favorite Bill Murray movie?